Read on for details.

We fixed an important limitation to using Bots in Typetalk: you can now delete Bot messages when using the web app.

Setting up a Bot can be tricky. Whether you’re using one to start a fresh Typetalk Topic or adding a Bot to an existing Topic, let’s be honest—those test messages can be annoying.

As the Bot runs, it may occasionally post inappropriate or irrelevant messages depending on where you’re pulling data from. Before you just had to overlook these messages or someone on your team had to send an additional message telling all Topic members to ignore the message.

No one likes sending an important Typetalk message out to their whole team, only to be corrected for including too many “C’s” in the word ‘unnecessary.’ Spellcheck is now available on the desktop app for English.

When a word is spelled incorrectly, you’ll see it underlined with a red dotted line.

To correct the misspelled word, just right-click or CTRL-click the word and select the correct spelling from the window of options. 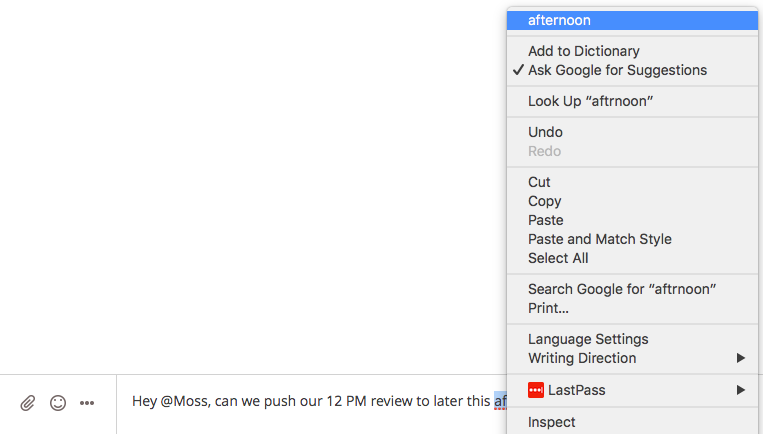 The misspelled word will then correct to your selection.

We updated the font style and color in Typetalk’s web app to improve readability.